While modern Bible translations have grown in use, the King James Version remains the most popular and most familiar of Bible translations. After all, the King James Bible was used for centuries – it wasn’t until the late 20th century that any other translation gained credible traction. Published in 1611, the poetic weight and beauty has had quite an impact on people and language, a standard of religious life in church and at home. Yet, what has become such a familiar and influential piece of English literature was not always that way. 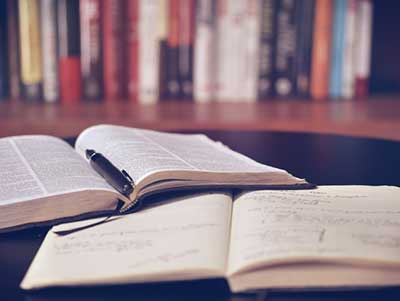 In fact, while the text of the KJV is familiar, the man and the story behind its birth are less well known. This is a brief story about a king who determined to create a new Bible, not so much because he wanted “common folk” to have access to God’s Word in their mother tongue, but because he sought political peace in his kingdom. In so doing, his legacy became the greatest gift the world could know.

The Baby Becomes King of Scotland

At just thirteen months old, James became James VI, the king of Scotland, in 1567. The famous Protestant leader John Knox preached at his coronation, and despite his mother’s Catholic heritage, James was raised in the Protestant Church of Scotland. In fact, just one month earlier his mother Mary, Queen of Scots, was arrested by Protestant sympathizers, imprisoned, and forced to abdicate her throne. James never saw her again. Scotland was ruled by regents until 1583 when James was old enough to take on the role. As the boy-king grew in stature and influence, it became clear that he would ascend to the English throne upon his cousin’s death. When Elizabeth died in 1603, James moved from Scotland to England and became the king of England and Ireland as well as Scotland. James was now known as James I. He continued to reign over all three kingdoms until his death in 1625.

Why did James commission the King James translation? James ruled during tumultuous times in England. The first half of the 17th century involved incredible political intrigue on the British Isles.

In fact, tensions boiled over as James became the unified king. While political in nature, religious disagreements fueled the fire of antagonism. Many within the Church of England believed the the church had not pursued reform far enough. These Anglicans, called Puritans, wanted remaining vestiges of Catholicism removed (“purified”), especially as it related to church government. Puritans believed that church leadership should be headed by elders, not bishops; it should be more democratic, not autocratic. However, under the latter part of Queen Elizabeth’s reign, Puritan reforms stalled.

Upon the ascension of James to the throne, however, the Puritans pushed again for reforms. By this time, the Geneva Bible dominated in the English-speaking world, despite the official Bishops’ Bible authorized by the Church of England. This Bible found populairty with the Puritans and Calvinists as it included notes emphasizing their views on church leadership. 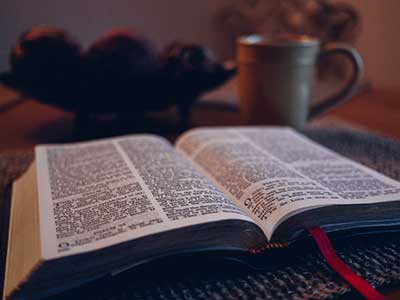 With Scotland leaning heavily toward more Puritan and Calvinist ideals, James wanted a new Bible that steered away from Geneva’s Calvinistic leanings. James found many of the study notes in the Geneva Bible to be distasteful and undermine ideals of monarchy, and the “divine right of kings.”

A year into his reign as King of England, James convened the Hampton Court Conference in 1604. It was decided that a new Bible translation be produced. Seven years later, the most influential English Bible in the world was published, bearing his name: the King James Version.

While the King James Bible did not initially sell well, James eventually banned printing of other English versions, bolstering the KJV’s influence.

Is it a coincidence of history that the King James Bible was produced during the reign of one of England’s greatest literary kings? James wrote commentaries on Scripture, original poetry, and a treatise on poetics. He produced works on political theory, a manual on kingship, and even writings on witchcraft and tobacco. He was a patron of William Shakespeare, John Donne, and Sir Francis Bacon. 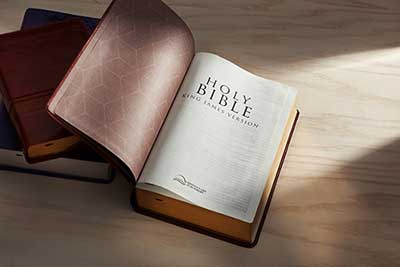 The King James Bible is considered a masterpiece of Jacobean prose, with many considering the translators of the “Authorized Version” to be the greatest concentration of literary talent to ever enjoy royal sponsorship in England. Despite the political intrigue and impetus behind the translation, the beauty, scholarship and authority make the King James Bible a lasting legacy of King James I, an eternal gift to Christians, the church universal and the whole of humankind.

Bible Verses About Love From The KJV

Bible Construction: The Making Of A King James Bible

The King James Bible And The English Language

7 Features To Consider When Choosing A Bible